€500,000 in support for Leitrim landslide farmers 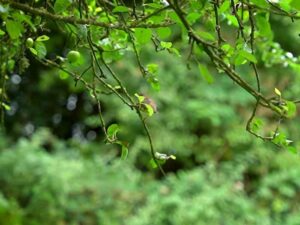 Farmers in Co. Leitrim, whose land was buried under peat silt and sludge following a devastating landslide more than two years ago, are to receive a compensation package totalling more than €500,000.

An estimated 55ha of agricultural land was impacted as a result of the landslide, following a period of heavy rain, close to the village of Drumkeeran in June 2020 .

More than 20 farmers and eight foresters who were affected by the landslide have had to campaign since it occurred for a compensation package.

The Minister of Agriculture, Food and the Marine, Charlie McConalogue, confirmed today (Tuesday, November 22) that affected farmers will be able to qualify for payments of up to a maximum of €20,000 each.

“Having visited the Drumkeeran area in November 2021, I witnessed the significant effect of the landslide on the locality,” Minister McConalogue said.

“It was incredibly tough on everyone in the area. This was a hugely traumatic event for farmers and households in the area.

“We have moved to support farmers and landowners who have found themselves in this awful situation through no fault of their own. We will continue to stand by the farmers affected.”

The minister said those impacted by the landslide will receive direct financial assistance.

Support will be provided to farmers for fencing and gateways on agricultural land affected by the landslide.

Funding is also being provided for the reconstitution of affected forest areas as part of the aid package.

The multi-agency working group that was set up to provide support to those impacted by the landslide has welcomed the compensation package.

Minister Malcolm Noonan who chaired the group said the landslide at Drumkeeran had been a “traumatic event for people locally”.

“It undermined livelihoods and caused serious and irreversible ecological damage,” he said.

“Lessons must be learned from such events and the reports we commissioned should inform all future land use proposals on sensitive soils and habitats.”

The Department of Agriculture, Food and the Marine (DAFM) will now write to farmers and landowners impacted by the landslide with details of the compensation scheme.

It has advised those affected to apply for the scheme before the closing date of November 30, 2022.

“This is to ensure that payments under the aid package can be made as quickly as possible,” DAFM stated.

We employed Forestry Services to deal with our wind farm tree felling and replanting issues. We were very pleased with the outcome and the way they went about their business. They took ownership of the issues involved and the experience that they brought to bear in terms of finding suitable forestry locations and in their dealings with the Forestry service allowed that portion of the project to progress in a smoothly and in a timely manner. I would have no issue in recommending Forestry Services and intend to use them again in the future.

We use cookies on our website to give you the most relevant experience by remembering your preferences and repeat visits. By clicking “Accept”, you consent to the use of ALL the cookies.
Cookie settingsACCEPTREJECT
Manage consent

This website uses cookies to improve your experience while you navigate through the website. Out of these, the cookies that are categorized as necessary are stored on your browser as they are essential for the working of basic functionalities of the website. We also use third-party cookies that help us analyze and understand how you use this website. These cookies will be stored in your browser only with your consent. You also have the option to opt-out of these cookies. But opting out of some of these cookies may affect your browsing experience.
Necessary Always Enabled
Necessary cookies are absolutely essential for the website to function properly. These cookies ensure basic functionalities and security features of the website, anonymously.
Functional
Functional cookies help to perform certain functionalities like sharing the content of the website on social media platforms, collect feedbacks, and other third-party features.
Performance
Performance cookies are used to understand and analyze the key performance indexes of the website which helps in delivering a better user experience for the visitors.
Analytics
Analytical cookies are used to understand how visitors interact with the website. These cookies help provide information on metrics the number of visitors, bounce rate, traffic source, etc.
Advertisement
Advertisement cookies are used to provide visitors with relevant ads and marketing campaigns. These cookies track visitors across websites and collect information to provide customized ads.
Others
Other uncategorized cookies are those that are being analyzed and have not been classified into a category as yet.
SAVE & ACCEPT